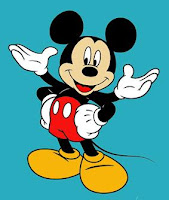 Colin: Where was Tim going?
Jim: He was going to Paris.

Colin: Oh I see. What was the flight time?
Jim: The flight was at 10:30 so there was no problem as we had left home quite early.

Colin: Have you ever been to Paris?
Jim: I have never been there. But yes I hope to go there some day.
Not just because I would like to see Eiffel Tower but because I like the French people and their culture.

Colin: How long is the flying time from here?
Jim: Almost eight hours.

Colin: So he must be home by now.
Jim: Of course he is. The moment he reached there, he called us and told us that he had arrived safely.
Posted by editor at 1:14 AM

Email ThisBlogThis!Share to TwitterShare to FacebookShare to Pinterest
Labels: Idioms


How to speak English?


How to talk on phone in English


About Us: Why this blog?

Past 100 Posts on this Blog

Engspeak.net helps you enhance your English and brings to you free lessons to improve your speaking skills. Note our website address again and bookmark us. For suggestions, comments of advertisement related queries send a mail to write2editor@gmail.com